A survival garden is a personal grocery store from which you subsist. It provides you with sustainable food that is dependable in your climate year after year without having to rely on outside sources. Outsourcing when opportunity arises is different than out of necessity. This magnitude of garden is not attainable for most of us but a measure at least can be reached for nearly all of us. Call it a buffer zone from the turbulent storms raging around us. One of the places you could start is an herb garden. I have one in my house that gives me most of the spices I use in savory cooking, fresh and dried. Then move outside.

Though I’ve grown a traditional garden most of my life, I’ve come to realize it wasn’t a survival garden. What rules would differentiate the two and create self-sustainability?

Rule 1. Output should be significantly larger than your input

With your most limiting factors being time and energy, you need to create a garden that is as independent in the long run as possible. One where the input will rapidly transition to the output being far greater than the input. This allows it to become self-sustaining. Priorities change in each stage of life, as do our likes and dislikes so your garden will not look as it did, nor like it will in the future. A garden for two is different than one for six people. Hence, a core framework should be established allowing a garden to expand and contract with basic rules governing it. I’ve come up with 9 rules for a survival garden. 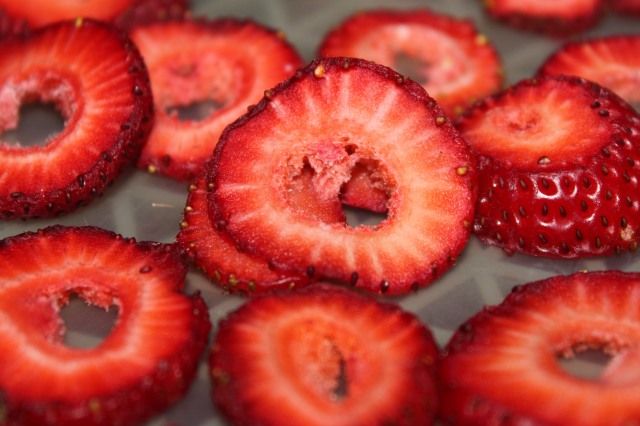 Rule 2. Base Your Garden upon dependable crops

What’s dependable depends on where you live. We are up against a mountain in northern Wyoming. Daylight hours are diminished as the sun slips down early behind the hills. Our average summer temperature is 75 F and our nights are in the 50’s. The state’s average rainfall is only 20 inches per year. Ours is slightly higher. Wyoming is considered a high plains desert though we aren’t by any means hot, we just don’t have any water. Our growing season is 100 days with other areas in the state receiving 120 which would substantially change our garden.

Fast growing, cool weather crops need to permeate our soil. Tomatoes are nice but potatoes are dependable so the number of potatoes I grow greatly outnumbers the tomato plants. Tomatoes take far more time to grow, require starting them in the house months before transplanting, and never reach their potential since the frost gets them first. To change our garden to survival mode means our diet must also change away from less reliable foods.

Dependable also means having plant varieties resistant to disease and insects. Lack of variety caused the Potato Famine in Ireland that killed thousands when disease came knocking at the door and the two dominate breeds of potatoes were not resistant. It isn’t a matter of IF but WHEN as it is with all disasters.

Rule 3. Base your garden on crops with the most versatile uses

Foods that can be eaten for breakfast, lunch, and supper should take priority. It’s why potatoes and squash the world round have been so popular.

Your base crops need to allow you to eat not just the fruit or vegetable but other parts of the plant to increase your food sources. Example – squash – you can eat the leaves, the blossoms, the immature fruit, the mature fruit, and the seeds. You can eat bean leaves but it is the ability to eat the bean at 3 different maturity stages that makes them versatile along with using them in a large variety of dishes depending on the stage harvested.

Tomatoes are high, high input where we live. Other crops like peas, broccoli, and beans are low demand giving us greater time and energy in other areas. This allows us to grow more.

Rule 5. Perennials should be the back bone of a survival garden

Perennials  don’t have to be planted each year, and their enlarging size and root system increases production levels. Fruits and berries are at the top of the list. Perennial herbs and medicinal plants can’t be forgotten nor perennial flowers as they can spices up our meals and heals our bodies. Perennials are insecticides, pollinators, and accumulators helping insure a greater harvest.

Rule 6. Calories are key to survival.

This is not dieting time. Calories will keep you alive. Potatoes have 77% more calories than tomatoes. If you have to grow 77% more, and eat 77% more, then survival just became that much more difficult. So potato production for 163 calories over tomatoes at 23 makes potatoes more important especially due to their dependability.

Spinach at 23 calories has a far greater nutrition level than lettuce at 6 calories and spinach is far more versatile and cold hardy making it for us a wiser choice. Make each plant count as health increases with wise choices and poor diets increase costs and loss of production.

Food like garlic, certain onions, potatoes, squash, dried beans, and dried corn store for long periods of time without much fuss. Carrots and beets can be stored for 1 to 3 months, stalling when you need to can, dry, or freeze them for longer storage. This spreads out the work load increasing what you can accomplish. It means costs for wood, electricity, or gas is lower to process them for long term storage because part of the harvest will have already been eaten. It means when you do process the food, the heat created is a benefit in the cooling temperatures of late autumn and early winter.

Rule 8. Base your garden on plants that give the highest yields in a given space.

For many crops vertical growing would keep them in a survival garden but others take up too much space to warrant their yields. Yet by companion planting food yields can be increased. The Three Sisters approach is one method where you grow pole beans up the corn and squash underfoot creating a greater crop yield in the given space.  Survival gardening means getting the most from the least amount of area.

Rule 9. Grow that which you can continue producing year after year unaided by outside sources

This means you need to be able to save seed or propagate by another means to sustain your garden. Easy to do with potatoes, beans, and peas, but other crops such as the Braccia family; carrots and beets, require two years to complete their maturity cycle before producing seeds. Hard to do in our northern climate. I’ve done so with carrots and think the same method might work with beets. I’ve been experimenting with broccoli and cabbage and though I’m almost there with broccoli, with cabbage I simply know what I can’t do but I’ll keep trying. Other crops such as corn require 50 to 120 plants to insure proper breeding due to their propensity to suffer from inbreeding depression. Therefore corn is not a staple in our survival garden since it also does poorly in our wind and cool summers.

I never seem to learn to quit running faster than I have strength, and it exacts a price. I’m down once more. As I age, the cost keeps getting higher but the Lord certainly has my attention this time. This has meant a survival garden has taken on even greater meaning. We have to do more with less time, energy, and resources as they are just not available. More brain, less brawn, is the only way for us to reach a measure of independence so my brain is spinning. How can we do things differently and grow a more survival based garden?

Let me know in the comments if your garden or part of your growing space were a survival garden, what would you put in it and why? Please add the general part of the country you are from, like Northeast, or Southwest so we can compare. It will give us all food for thought.

6 thoughts on “Rules That Define a Survival Garden”