Concerned over the flaws in our food system in the United States, I decided to take a page out of history. A page where people lived for the most part from what they produced and that meant a rationing of supplies.

We were dependent on three freezers for five years but I found myself unable to coordinate it all without waste. So when one quit, we did not replace it which meant a hectic canning pace. This prompted a question. Could we raise meat to meet our needs and not need so much freezer room? We love our beef but the truth is in Wyoming on average it takes 30 acres to sustain a beef all year if the snow doesn’t get too deep on your property. It piles in the winter here and we have only 5 acres. Yes, a beef will keep us fed for not one year but at least two but it is getting harder for Kirk and I to process such a large carcass as we age. My husband loves his beef and resisted the change until I showed him the facts. With beef you loose about 60 to 64% to head, guts, and hide. In other words, from a 1200 pound steer, you can expect a 740 – 770 pound carcass. Then when you remove the bones whether with the butchering knife or on the plate, you lower that amount even further. You must have a large freezer to store it in and that costs in price and electricity to run it for long periods of time. It is also a large cash outlay at one time.

So I downsized my thoughts — sheep, chickens, rabbits. Rabbits and chickens can be processed one at a time for supper and can last a few meals beyond especially if it is just Kirk and I. A sheep would last longer but not tie up a freezer for a long period. So I convinced my hubby to try a experiment.

In 2004 the average normal adult consumed 222.2 pounds of meat a year. Times two for Kirk and I and you have 444.4. The amount is no problem with a beef, but beef take two years to reach maturity which equates to a great deal of chore time and money since we have only 5 acres before you have any meat on the table.

In came Dorper sheep which are a heavy meat breed and do well in tough terrain. They are best butchered at 60 to 90 lbs lest the feed turns straight into fat. The gem of the thing is it only takes 4 months or so they say. We shall see on our pasture if that is true for us. At 80 lbs live weight the carcass weight is more like 54% because Dorpers dress out higher but most lambs it is 50% so we’ll use that.

Cut the meat off the bones, which we do with our lambs, and you have less. Dorpers meat is reported to be much milder than mutton so I’m going to try making bone broth which will give me more than just meat. The breed is half Black Head Persian,  a fat tail sheep breed and we have one lamb which has a much thicker tail. The fat in a fat tail sheep is used for cooking and I’d like to try it so someday when we butcher this particular sheep, we shall experiment.

We have four ewes. Two are ewe lambs which will likely have singles next year but I’m hoping their mom’s have twins as their mom did last year.

That would give us 6 lambs for meat.

We will need to keep a ram to be self-sufficient, which presently we don’t have and don’t have a shed or pen for.

Dorpers can lamb three times in 2 years if there is enough feed and if you have the facilities. We have deep snow and cold weather but if pushed we could use sheds though they would need bedded and that ups costs.  We shall see.

Now for the meat rabbits. New Zealand of course as they have the best feed to meat ration and butcher ratio of live weight to carcass. Presently, we have 1 buck and 1 doe as the other two failed to kindle this year. We need new, younger stock.

Increase to 3 does would mean

24 more would be a big difference.

You butcher them at around  5 pounds  which is around 3 months but it would likely take more with a natural diet. 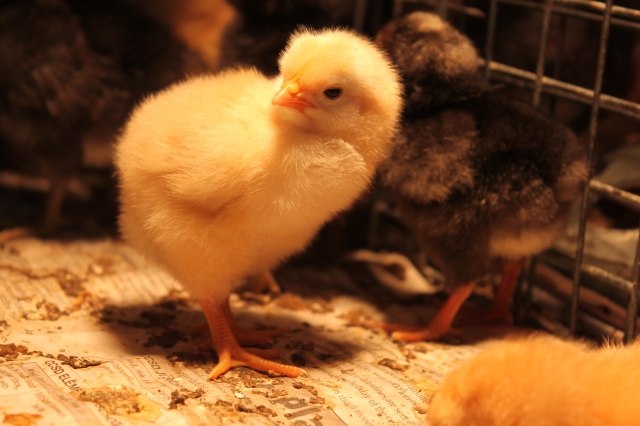 Then I thought of the chickens. The work load is eased greatly when a hen does most of the work and we don’t have to worry about power outages which twice wiped out the 2 incubator experiments at this location. Even if we only get 6 chicks, which is our poor average with two hens.

6 for replacements and 6 for butcher along with 6 older hens from the laying flock which become meat. That gives us 12 to butcher.

We switched to the smaller layers so lets say 6 pounds for live weight.

We found 9 Cornish cross meat birds at the feed store at the end of the season for a discounted price plus a 20% off bag of feed. We thought we’d hit the jackpot and will be looking again next year. We might even pick up a pig sometime to butcher, not raise as we have the skills to do both but don’t have the facilities to raise one and not the inclination at this time.

A bit short of the 444.4 pounds average consumption but not by much.

We could add some more if our wealthy neighbors continue hunting and being generous, maybe we might procure several that they don’t want to eat. Not every year is a good year so extra in the freezer is always appreciated. Definitely not enough for the 4 granddaughters we feed half the week on average but still it allows me to think we will have meat in our stores if we need to move more away from dependence on the grocery store.

Not hardly the six people total we feed half the week but definitely not a drop in the bucket either. Now to figure out how to get our land to produce more of the animal’s needs so we aren’t outsourcing as much. I can see why a bride who could well manage a household was worth marrying. It’s not an easy task.

Some may say a garden would produce far more than livestock for food and that is true if you don’t live here. Our soil is very poor; our season very short and cool; little rainfall; and personally our 5 acre land very steep for the most part. Wyoming is high plains desert and cattle country for a good reason.

2 thoughts on “Can We Produce a Year’s Supply of Meat?”