We had a financial scare this past week at Kirk’s place of work and it put our minds into overdrive. Simplify and reduce costs has our full attention. The barnyard was the topic of discussion this Sunday after I’d watched a couple disturbing You tubes on Saturday. I learned that about 2020 the African Swine Fever is expected to create a “crippling” global shortage of protein. It has so far spread to 50 nations killing millions of pigs and is extremely contagious.

There is no vaccine and no cure.

You may not eat pork and we aren’t raising pigs right now so you may wonder what does this have to do with us?  With hundreds of millions of pigs already dead and far more expected to be lost, including in the United States by next year, beef and chicken will not be able to fill the gap. If a vaccine can be developed, then recovery could be 4 to 6 years in China which is the largest consumer of pork. If not….

Couple this with a grain shortage in the U.S. from devastating weather this past summer and fall and you have a huge problem as it will raise the cost of feeding livestock. That will cause farmers and ranchers to sell while the price is high and their feed costs into each animal aren’t yet too high. This will give a short reprieve for us but prices will still hike. Then with fewer cattle and chickens the reproduction numbers will drop. Globally, countries will be vying for protein sources. See the problem? 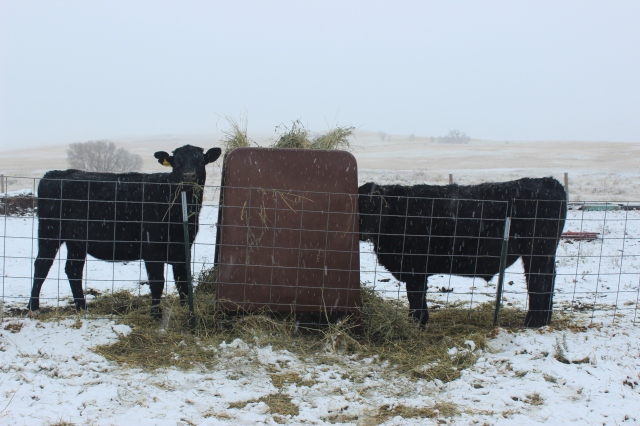 What’s our plans? For the moment we have plenty of meat in the freezers. Last winter we had two beef processed. With an exceptionally cold winter in the forecast and our supposed warm fall run off by a bitter cold winter we need to look to lower electric costs. One way is as we eat our meat supply, we also do a little canning to free up a freezer. I’ve wanted to get down to two for a long time now. Meanwhile, we need to formulate a plan with the livestock so we have a small, but steady supply of meat coming in on a steady basis forgoing the gluttonous freezer loads all at once. The pioneers had the bulk of theirs walking around instead of taking up storage. One can not foretell the future but there is a lot of things right now that could go terribly wrong. Though my hubby wasn’t happy, I brought home rabbits and now this spring sheep. I see a way they just might work greatly in our favor.

The sheep are Dorpers, a hardy meat breed that can live off of sparse vegetation. They will do the pasture good and can be quickly processed for use while not taking up much space, much like the two doe white-tail deer we just did. Less feed, less space, and less work freeing us up to create other sources of income and putting more time into our gardens.

Goats, sheep, rabbits, and chickens seems like a good mix for us but: 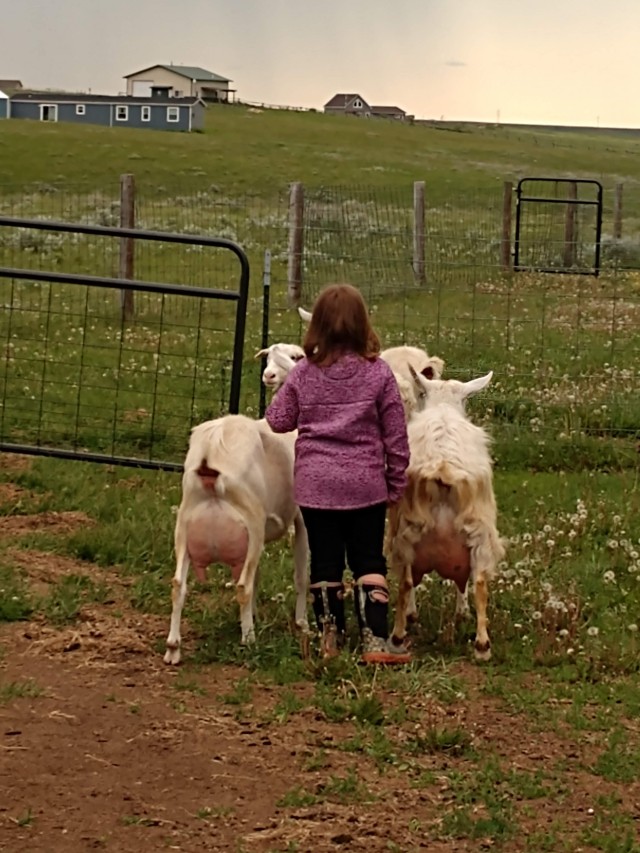 The greatest drain was unquestionably the dairy goats and chickens over the rabbits and sheep. The goats eat grain while being milked and consume quite a bit hay. Just hay and not pasture if I’d let them. We’ve spent four years force marching Nubians to pasture and listening to them bawl over the fence begging to be returned to their city life of hay feeder and grain bins. It was always too cold or too hot for them like a Three Bears and Goldilocks novel. We switched to hardier Saanens making we wonder why I ever left raising them. It was like coming home again. Far less complaining but still use to the city life since mom came off of the show circuit. She just can’t handle pasture. Her digestive tract can’t digest it so she was not help in tutoring.

As for her offspring, it was forced marches until the sheep arrived last spring. Now Virginia, the ewe, takes all but Comedy to pasture and is teaching them the ways of nature. Until now Virginia was herded in three times a year and handled. That’s it. I thought she’d stay separated from the goats but from the very beginning she insisted she would be apart of the group. They’ve all come to adore her, laying their heads on her back in a sign of affection and she on theirs.

The rabbits have had nothing productive done with them for a year. We still have not butchered part of the last offspring. We had no freezer room and no time. I’d scheduled a day to process some repeatedly as they are so large I need Kirk’s help and invariably something would happen cancelling things. I’m thinking of making some changes and those will be in the next blog post. Though I have not bred them, I have changed the way I feed them with great results. My feed costs are very minimal and this weekend I did my homework creating plans to draw more from our five acres to cover their needs.

The chickens is where I’m troubled. No matter how I look at it and though I’ve come up with better ways to source some of their feed from our own acreage which will begin next spring, they will still require outsourcing for food during our long winters. The grains that will be going up greatly in price. I’ve made plans for them too and hope it helps.

We all need to rethink our way of life and wonder, “What can I do.” Even if it is like me and you begin using lots more dried beans in your diet. What have you heard about the protein shortage?

We are not sitting in a good spot. As I listen to Youtube, I hear of a looming housing market crash, banking insolvency, looming food shortages, debt out of control, and political unrest. Not a rosy picture of the future especially when we are personally