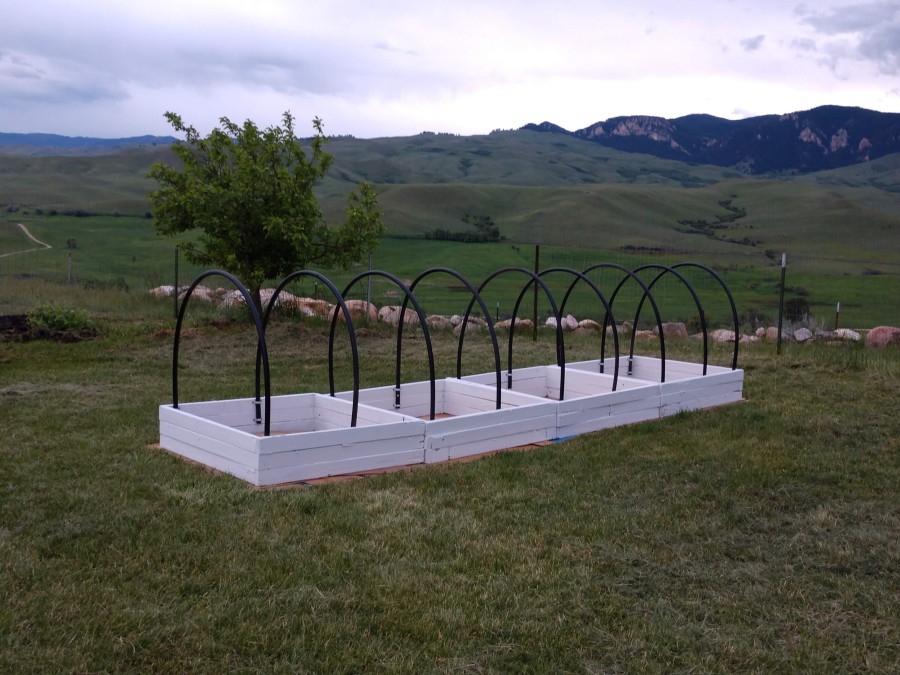 As you can see, I’m a scrapper. This once was single 2×4 boards screwed together in a 4×4 size square with plastic covering the opening and placed where the windows would eventually be in the new fire hall in the town we once resided in. These plastic covered wood windows blocked the weather temporarily so inside work could commence. When the job was complete, I asked for them. They would have thrown them away. Instead of single, I stacked three and screwed them together. The plastic on the top layer was used to shield plants and I propped it up when the sun became too intense, cooling the inside. It was only used to start plants in the spring and sat most of the year unused taking up space. I decided to shift the use to a grow box with a cover.

It might have been smart to brace the corners but not sure that would have worked since it is several sets high. The squares don’t all fit perfectly together but it is after all scraps. The black plastic pipe was given to me by my parents, scrap once again. The paint is all left over, which leaves the brackets the only real cost – very little. I figure as long as it lasts, we’ll use it and be grateful for the years of service it has given us and will give us. Then I’ll disassemble what we can use and put that in another project.

Putting two brackets on each end of the pipe, I figure was essential for stability when the cover is place over the hoops and the wind blows. The cardboard is 3 layers deep and extends out the sides of the squares. This is to kill the grass underneath and will eventually decompose.

The first layer is cardboard extended outward to keep the grass out and kill it. The second is pine shavings that were in the goat stalls and chicken coop. Great excuse to clean them. The worms go crazy over it. 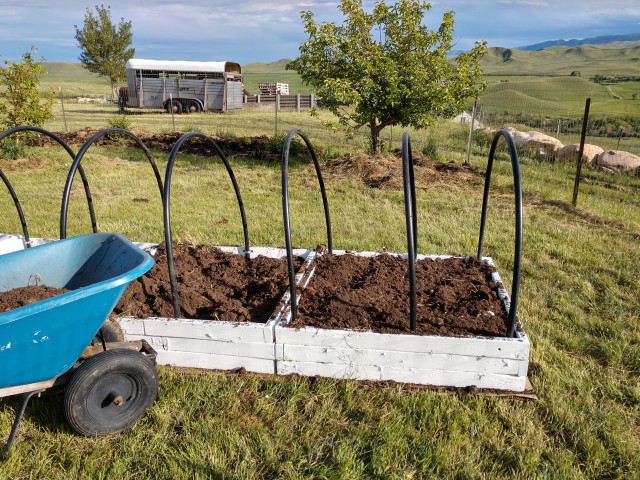 The next layer is well composted manure with lots of sand in it. It is horse and cow manure from the neighboring ranch. Mixing manures gives you a nice nutrient variety. If I had the depth I would have added old moldy hay but alas, these are only a foot deep. I’m pretty excited about this grow box set having a cover to use in spring and fall to protect delicate plants or extend the season. We usually only have two warm months of summer. The grow boxes may not be Fifth Avenue style but they don’t have the prices tags either. Besides it kept some 2×4 lumber out of the landfill for a while yet. I’ve got several more in the works. I let you see a peek next.