I happened upon a site that told me how to tell if my chicken eggs were fertilized when I was checking to see if estradiol was the hormone that caused a higher egg production in chickens. My brain just thinks science.  And though that question was answered, this information was far more exciting. I decided I had to make an angel food cake right away. What better way to determine for myself if looking at a yolk could tell you whether or not an egg was fertilize. Why? Homemade angel food cakes requires a cup and a half of egg whites, plenty of yolk specimens to study. Besides homemade angel food cake is far superior to store and one of my families favorites.

Whether or not the eggs are fertilized won’t make a difference in how an egg tastes or in the nutritional value but it will be a way to test if my rooster is doing his job. It will also be one of the tests in the future that I will conduct to see which young cockerel will be my flocks next patriarch so I set to baking.

I was so excited when 5 out of 6 eggs I looked at were fertilized. YES!!!, I knew I liked this rooster. You see it’s always been a fear that when I choose a new rooster it will end up being a dud. Since I can’t keep a spare, will I end up in a pickle?

The only down side to telling if your egg is fertilized is that you have to crack open the shell. Wouldn’t it be awesome if you could tell with the shell on? Then you would know which eggs to place under a broody hen to insure a better hatch but this is still useful.

For those of you new to the facts about chickens, hens will lay eggs without the presence of roosters but the eggs won’t be fertilized without him. So if you want chicks, you’ve got to have a rooster.

But let’s get to the good stuff. I’ll show you how to tell if your eggs are fertilized. Don’t bother with store eggs, they aren’t. The hens even if the label says free-range, it simply means they aren’t in a cage but they might never have seen daylight and they probably have never seen a blade of grass either. They certainly would have never met the opposite sex.

But if you can find a friendly neighborhood flock, this would be a great experiment to try with the kiddos. If you have aging eyes get out the magnifying glass. Believe me, it will be worth it. 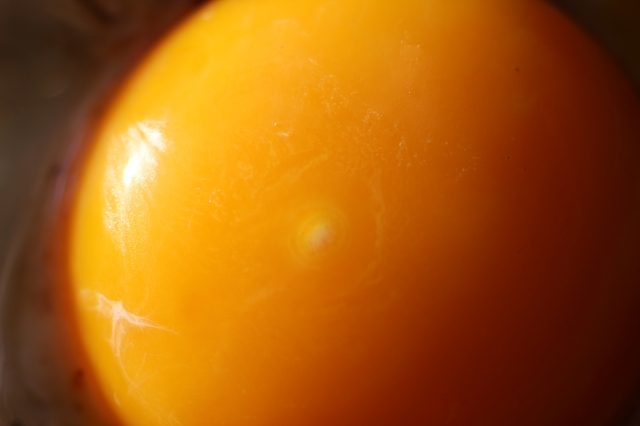 I can’t wait to show the grandkids. If you don’t have fresh eggs then just show them these photos. You are looking at the yolk for a white dot. Flip the yolk around a bit if you can’t find it but usually it is easy to find when you crack open an egg. See it. I’ve used a magnifying lens on my camera to aid but even these old eyes spotted it right away. This one is a blastodisc or in other words, not fertilized. 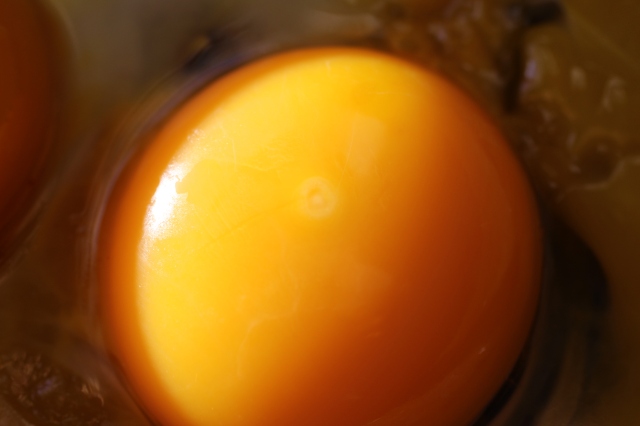 This one looks like a bull’s eye and is therefor fertilized. It is therefore a blastoderm. What would be cooler is if I could tell if incubated, it would produce a rooster or a hen but I suppose that would be asking too much.

5 thoughts on “How Can You Tell If Your Eggs Are Fertilized?”