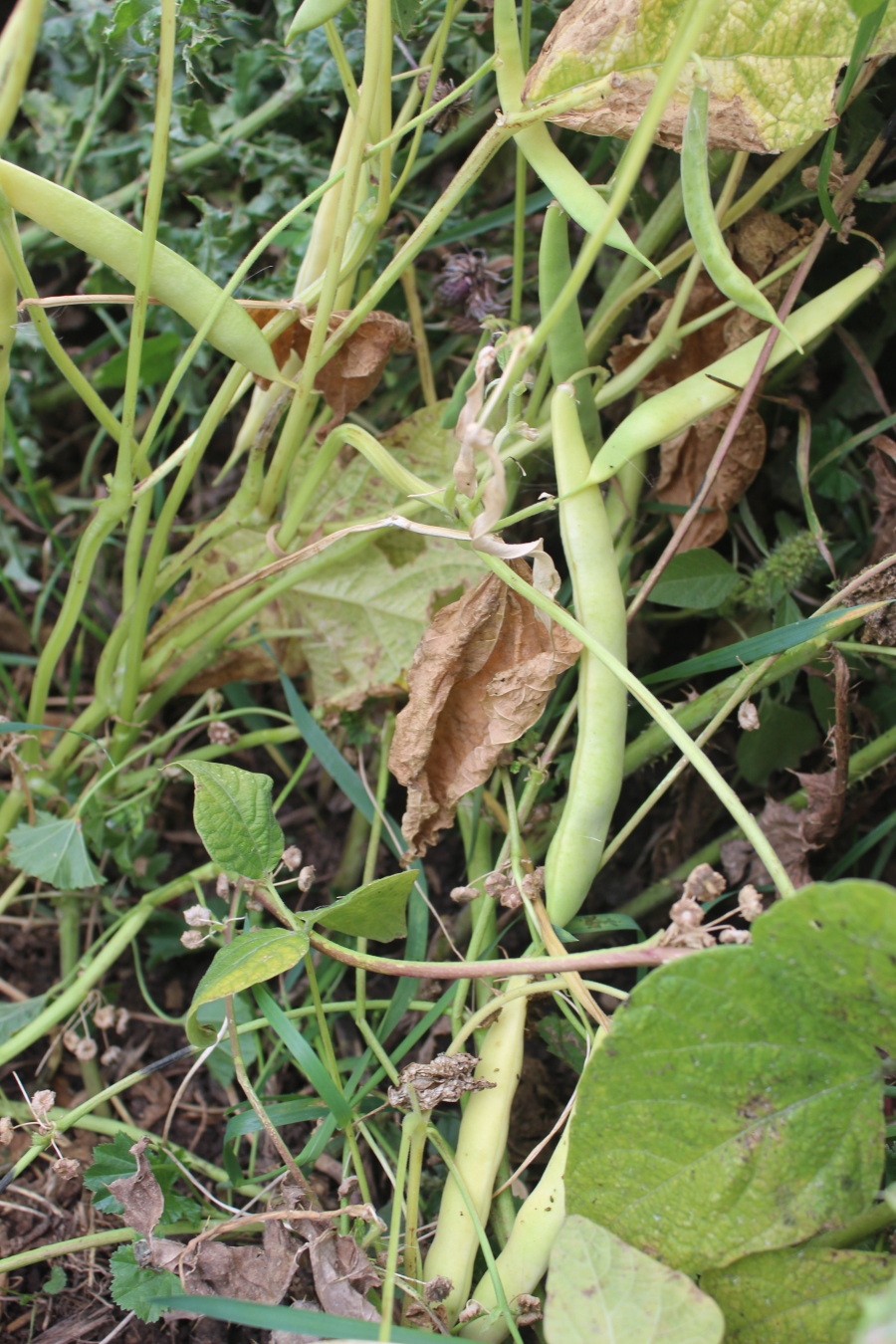 With our unpredictable weather I have seen the wisdom in learning how to use as much of a garden plant as possible at different stages of growth. We’ve had snow until the third week of June and a killing frost as early as August 21st. You can’t predict what Mother Nature will do except keep us on our toes.

I’ve tried thirteen varieties of dried beans a few at a time and through many experimental summers with variable weather conditions, the school of hard knocks has taught me a great deal.

This year I tried a variety of Cranberry bean that had a very large yield in comparison to Ireland Creek. It had five to six beans in a pod, a medium sized bean and high yield. It was the high yield that set them apart. Though there was plenty of dried beans, there also were other beans at various stages. It set me to thinking about what I could  do with them and not waste.

I pick dried beans off the plants when they become leathery and leave them in the kitchen to finish drying as I have nowhere for the plants to hang.  Which way do you do it?

Some beans were small and just getting started so I tasted one— stringy but with a lovely green bean flavor. Hm… what could I do with them? I dried some, just enough to do a small experiment. I plan on powdering them and putting them in a cream soup or in a vegetable soup with tomatoes. Should be good and the stringiness problem solved. Now the ones that the seeds are swollen in but not at the dried stage, I’m still thinking about. 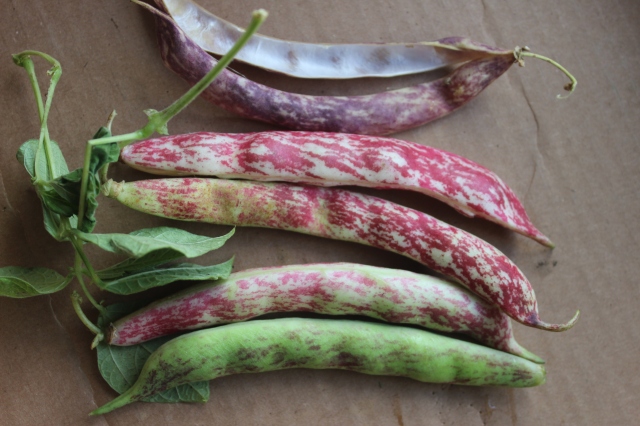 These beans I found the green green one at the bottom of the picture was hard to shell and the bean small so they were best fed to the livestock in modest amounts for now until I figure out something else for them. The beans with seeds swelled giving them a very lumpy appearance, like the redder bean, third one from the bottom, I shelled and canned. I mashed and fried a quart of them making re-fried beans to the kid’s delight. The deep purple colored ones the pod is turning leathery and thin, those I shelled and finished drying in the kitchen.

Kidneys have six to seven large beans per pod but just can’t hack our weather. I tried and tried with these because I love them so. Keep in mind that these beans are very very toxic if eaten raw so cook thoroughly. Don’t feed them to the stock. Other beans do not have nearly as high a level of Phytohaemagglutnin in them so are not a problem. Cooking alleviates most of the toxin.

With all my experimenting with dried beans and variety after variety not reaching the dried bean stage, I learned to can and freeze dried beans at the shell stage. I’ve come to realize that I need to get more from the garden or I will be often calling it a failure.

With this in mind, I dried some cranberry beans at the early green bean stage when frost was forecast. They should be a wonderful addition to a cream soup, or a vegetable stew with tomatoes. It will help to naturally thicken it, add flavor, and nutrients. If I love it, I will do far more next year. I’m sure we will have some that just don’t make the dried stage. But what about those pods who have a swelled bean inside so past the green bean stage but not quite big enough for the shelled bean stage? Would they too taste like a green bean cooked or dried? An experiment for next year.

What else can you do with your beans? For me I feed the plant in small amounts – green plants as a little treat and yellow plants in a big larger amounts as they are less gassy at that stage. Beef go wild over them along with the bean pods shelled at the shell and dried bean stage.

Dried beans can be fed to livestock too except not Kidneys. Dried beans are far more palatable if ground for stock so I’d mix them in with grain in small amounts.

And last but not least of course you save dried beans for seed for the next year. Having done all this, I’d say you will have gotten the most from your labors.

2 thoughts on “Use the Whole Bean Plant”