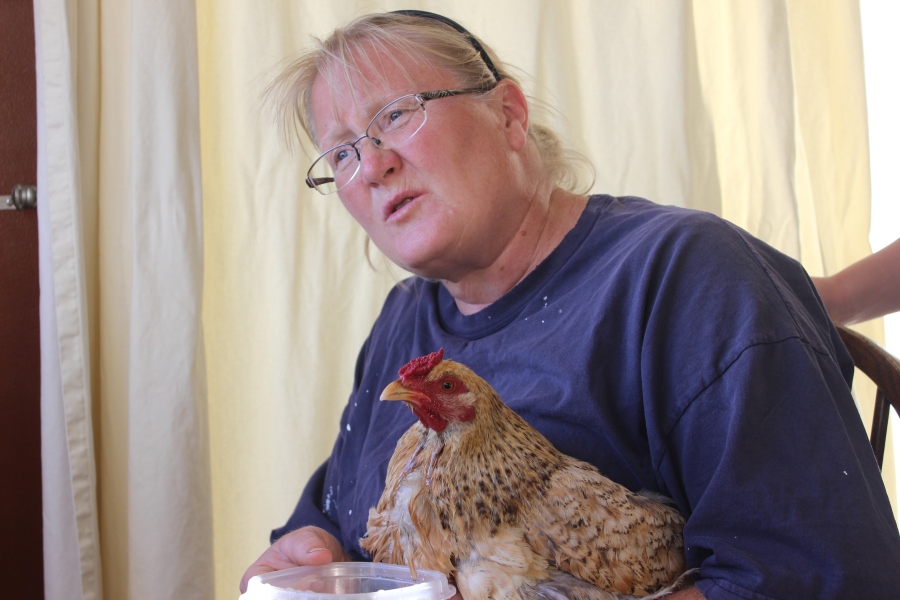 Anybody else going crazy trying to get their kids ready for school? One more week and the four granddaughters will be in school. Makeup, hair supplies, clothes, and school supplies, it’s enough to break the bank and drive me insane. I’d rather shop for food and livestock supplies.

If I’m silent it is not because I don’t have six half written blog post but because I’m flat out in bed, my adrenal glands having crashed again taking my vitals with them or I’m running. Do you know how many conversations I’ve had about, “Does this look good on me?” It is probably a curse that I know about necklines and styles and how they enhance or detract from differing body types. Not that you would ever know it from my closet of stained, ripped, and ragged clothes. I really need to do something about that this year. It is getting really bad with only two decent but half faded t-shirts to go to town in. I’m not a fashionista by a long mile and the clothes that look decent on me have a hefty price tag. I need to go pattern shopping and sew, sew, sew. It is my only solution within my budget.

“When one has skills, one has choices.”

But enough moaning. Have you ever had a hen get heat stroke. Not common where we live since most summer days don’t get much above the mid 80’s F. and upper 50’s to low 60’s at night. Hardly heat stroke weather but we have had our occasional 90. This summer we had a hen get herself caught between two windows which were laying against the barn. Luckily we found her in time.

When I let her out she could barely stand and wove like a drunk ready to pass out. To the touch, she was super hot and sweaty. I scooped her up and we went inside to sit in front of the ancient bus sized air conditioner. Well, maybe not quite that big but it is old old so it is large. It came with the house and is mounted in the wall. We don’t use it often but it is nice on those few days it is blistering hot. The hen sure enjoyed it and perked up drinking nearly non stop a bowl of cool water. 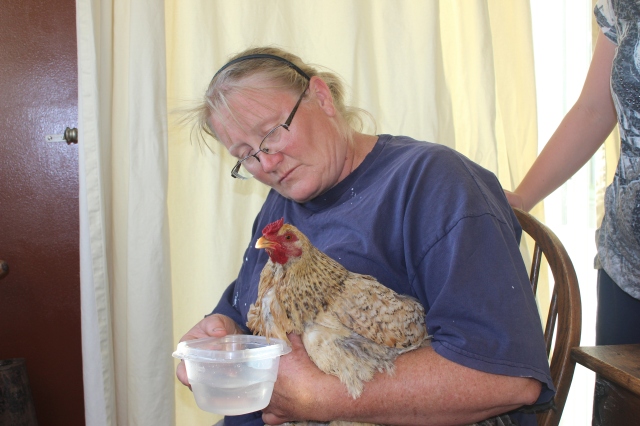 Later outside in the shade she continued her drinking for a long while. Her balance was still pretty precarious but at least she could stand so I left her and later found her gone and returned to the coop.

Much simpler than the black angus, FFA show steer our daughter had that went into heat stroke at state fair – a long time ago. We had to call the veterinarian to administer medication. It was a tense night full of cool baths and leisurely walks to calm his body and nerves before we could take him home. There is a lot of money tied up in a show steer and he was already sold putting the pressure on us to save him.

Have you had to deal with heat stroke this summer? I hear it is the hottest one on record in many areas of the world.

One thought on “Heat Stroked Hen”