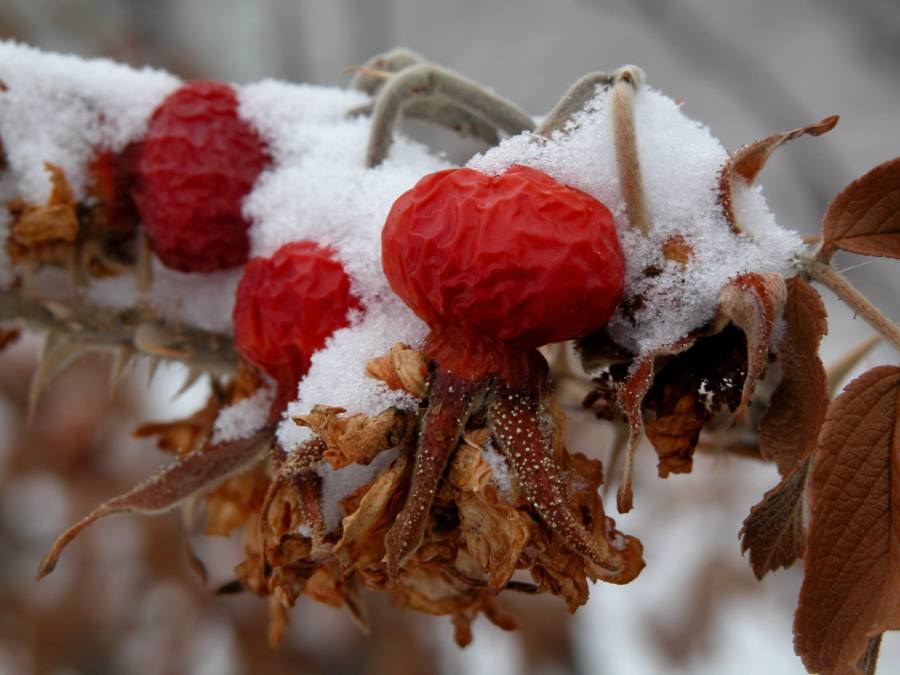 I was on the lookout for wild rose starts. There are some growing along the road nearby but you have to search because they are just little shoots a foot or two high since the ground gets rock hard and dry in the summer. I thought this was what I needed since many ornamental roses have the nutrients bred out of them in favor or beauty. But after searching the internet for roses with high Vitamin C levels, I came across, (https://www.gardenersworld.com/plants/roses-for-hips/) and there was Rosa Canina. The rose is light pink and open pedaled.

Maybe not the highest in nutrients but I’m sure I have two Rosa Caninas in my yard already from the previous owners, just planted up tight against the house. They were an overgrown clawing nightmare to deal with and made a creepy sound as the wind scratched their thorns against the siding on the house.  Why would you plant roses inches from the house? But then they did this with lots of bushes and trees. I gave them a severe chop to say the least.

I was tempted to eradicate them but the spirit has whispered to me for the last couple years, “Don’t kill them.” Then again this year when I thought of destroying them once more, here I discover they might just be what I’m looking for. Rosa Canina is hardy to zone 3, which is perfect, and I don’t have to buy a thing which is even more perfect.

Up until now I had no idea where to put them but with the new orchard area being landscaped, I’m really being generous there, I have decided on a location in a corner section where another, why did you plant this tree here? It will go bye, bye and up come the roses. They can spread their prickly branches and I won’t have to worry about getting thorns in my fingers until it is rose hip picking time. Then again I might want to make jelly from the pedals. That won’t be for a few years yet. 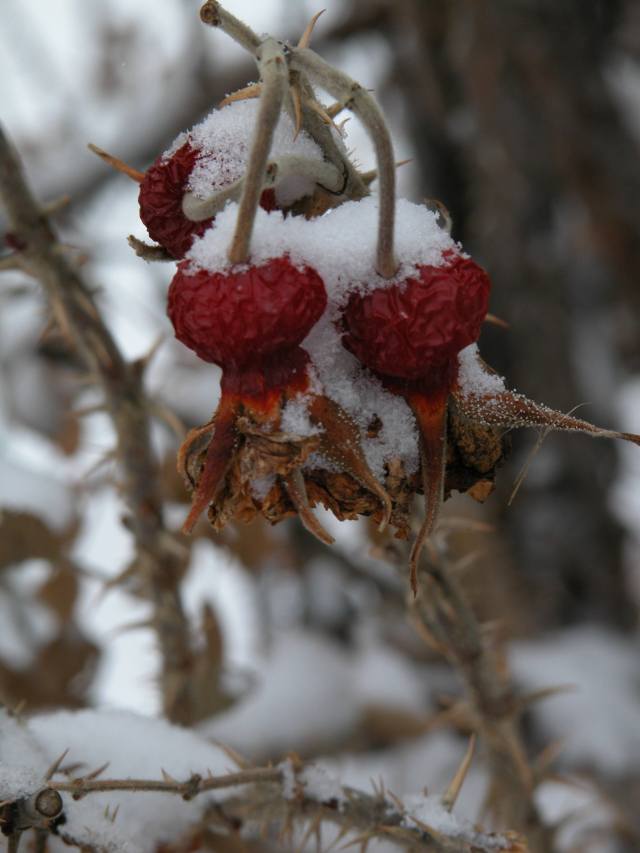 I’ve never done anything with rose hips but it has been one of those self-sufficient things on my ‘Bucket List’ ever since I studied England during WWII.  Particularly what they did for food items and such since they were cut off from the rest of the world for such a long period of time. No supplies were coming in or out of the island? There was a fear that scurvy would develop as no citrus fruit was being shipped in.

The government started a program asking the citizens and especially the children to gather rose hips. They were sent to a facility that made syrup supposedly high in Vitamin C.  Sadly they did not know that intense heat, like used in their recipe, would kill the Vitamin C they sought. But still wouldn’t you as a child feel like you were seriously helping the effort in doing your little part of gathering rose hips?

Why did the want rose hips in particular? Did you know that they contain 2000 Mg per 3.5 ounces compared to most citrus at 50 Mg’s. It has 25 percent more iron than an orange and 28 percent more calcium along with Vitamin B-3, D, E, and K. And it does not stop there as it also has pectin, flavonoids, malic acid, and zinc. No wonder you see it advertised on most Vitamin C tablet.

When I read this article (http://www.stylecraze.com/articles/amazing-health-benefits-of-rosehips/) and I saw the claim of a 90 percent decrease in arthritic pain. I was sold. I am going to get those roses moved and flourishing. We aren’t getting any younger.

Rose hips are also the plant worlds fish oil. Now how can you possibly resist growing them now? But remember that aluminum reacts with them and damages the vitamins and minerals so steep them in a stainless steel pot to retain all the good stuff. And wait until after the first frost to pick.

But that is not all I found. This is an article on types of roses and their rose hip vitamin C levels with where they are grown.  (https://www.ncbi.nlm.nih.gov/pmc/articles/PMC4450003/) In case you were wondering, abscorbic acid is Vitamin C? The study found that it doubled in high altitudes. Score!! We live above five thousand feet.

I love it when I listen to the soft still voice that says, “Don’t kill the roses.” I can’t wait to get started. For now I shall transplant and dream of adventures to come.