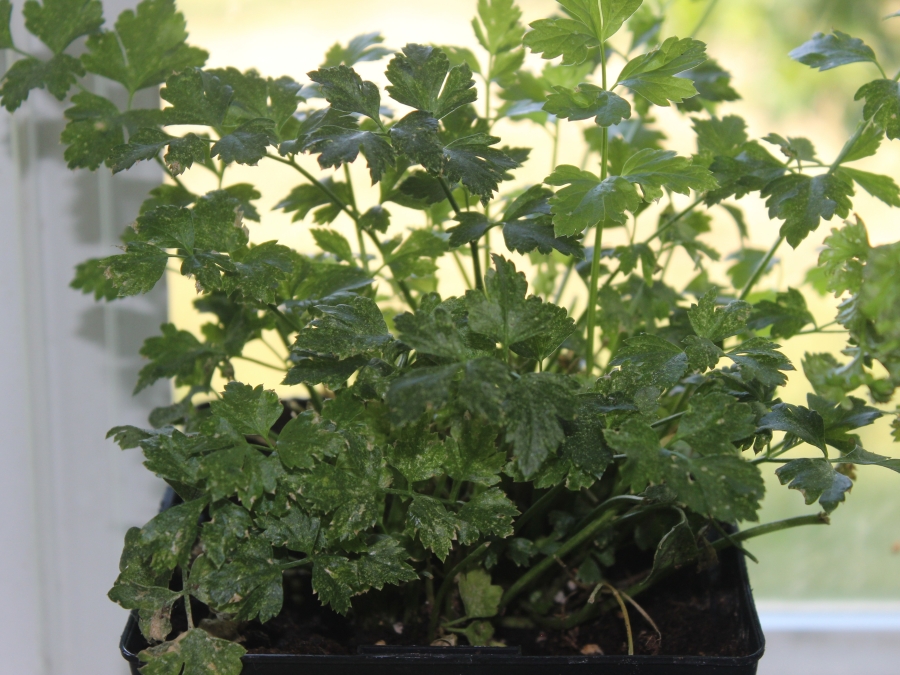 I began growing and drying my own leafy herbs when I discovered the bucket load of preservatives that were in the store purchased varieties. How do I know? I compared my 2-year-old home dried basil to the 5-year-old package I had purchased in bulk. The home-made variety had grown lighter with age and less potent in aroma. The store basil was still dark green and smelly which led me to wonder what all they had used to keep it this way.

What a difference growing our own has made in our food, YUM! I’ve grown under lights and the window until last summer when I planted outside parsley and lovage. This summer my goal is to grow enough outside to supply my spice cupboard all year with dried herbs.

Celery has been one herb that has eluded me.  Hilling, blanching etc. is just to time consuming and there is no way stalk celery will grow where we live. So I looked for a substitute. I found several, lovage, celeriac, and cutting celery. The most promising being lovage as it is rated for garden zones 3-9 or 4-9 depending on the internet site. Our older friend, Frank, use to grow healthy specimens 25 miles to the north of us. But just 25 miles north where he was, the weather is up to 12 degrees colder in winter but that much warmer in summer too and the daylight hours are longer. 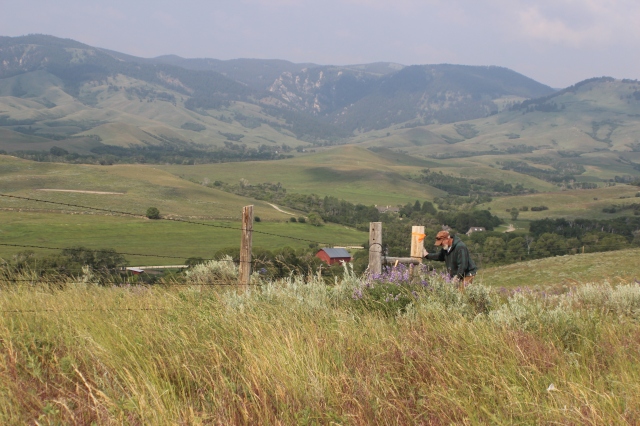 This is our view of the pre-mountains you  might call them that nestle in front of the towering heights behind but not in this view because of the angle. These are the Big Horn’s. The beloved mountains of my youth.

Being next to the mountain gives us a gorgeous view with wildlife galore but it steals our heat in summer. The sun comes up and heats the air giving us on rare occasions 90 degree Fahrenheit but  the cool air quickly rushes in as the towering mountains steal our sun plucking it quickly from the sky. Many summers we average in the 50’s at night. Gardens don’t grow in that temperature and the plants wait for the rising sun before stretching their limbs. The sun works hard to warm the chilly night air but the warmth peak is short lasted before the mountain closes the curtains once more on the day. The weather is great for comfort but hard on a garden.

I had to look elsewhere for that celery flavor so I started lovage. It’s leaves, roots, and stem are all edible and have many medicinal properties. But people either like it or find it too bitter. It is indeed stronger in flavor than celery and it is best used sparingly. I like it lightly sprinkled in a salad or dried and put in soups. What has me super excited though is that it grows to  6 feet tall which means 3 or 4 in our area. And it is hardy enough to withstand our weather or so they say.  Just so you know, start the seeds indoors 5 to 6 weeks before planting outside. I have high hopes that it will come back this summer better and larger than ever.  It is a perennial, meaning it should come back year after year. That is two big pluses

that means a savings in money and time. Also did you know that your celery seed in your spice cabinet is typically from lovage, not stalk celery. I love celery seed salt in chicken sandwiches, potato salad, and devil eggs. I just might fall in love.

I also tried celeriac a couple of summers a go hoping the 110 days on the package included the six weeks in the house. The bulbous root had just barely started to form when frost crept over the garden. If you want to know more about the difference between celeriac  and celery, click on the blue word to take you to a brief explanation. Celeriac might be just right for your garden. 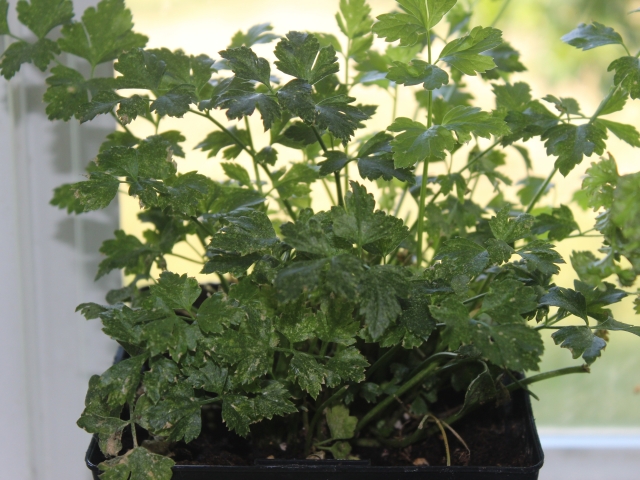 I found another celery like plant called cutting celery. It is more in line in flavor with stalk celery – more mild than lovage.  It grows better in the house than lovage for me though I haven’t quite made it happy. I need to work on that with some research. It might be that we keep our house too cool for it. I’m planning on putting my two-year old house plant in the front garden where it will be protected. It is a biennial which means it flowers and goes to seed the second year so cross your fingers, I’m hoping for seeds. That would make this plant accessible all year and self-sustaining between a plant under grow lights and ones in the garden. Wish me luck.  The stalks are not nearly  as thick in the photo above as in photos on the internet. Keep in mind this plant is not happy.

Everyone liked the flavor of cutting celery as it is most similar to stalk celery. I think it will be great in salads and in sandwiches.  In warmer climates such as zone 5 or greater, you can leave it in the ground the first year and it will likely return the next summer re-seeding itself from then on.  I’m feeling jealous right now of you zone 5′ ers but come summer I’d wilt and want to go home.

Anyone else a lovage or cutting celery fan or is this your first introduction?